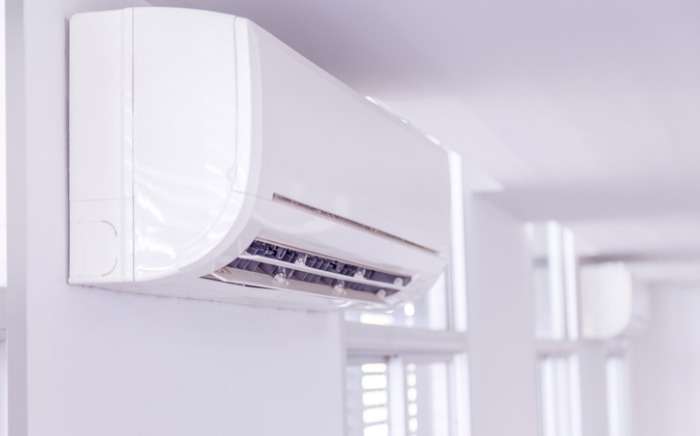 If you’re like most Americans, you use your home’s air conditioning system during the warmer months to provide relief and respite from the stuffy and sticky summer air. However, many of us forget that central air conditioning is a relatively new addition to the modern home and that it’s only been in the last few decades that homes have started to be built with air conditioning in mind. So how did people stay cool in the summer before air conditioning was commonplace?

1. They Hung Out On Wraparound Porches

Many older homes featured large, wide front porches, and bigger homes often had porches which wrapped around the entire perimeter of the house itself. These wraparound porches not only gave residents a place to sit outdoors during the day where they wouldn’t be in direct sunlight, but the shade provided by the porch also cooled the air around the house and meant that any air which filtered into the home from the porch was cooler than the air around the house.

Stone was much more commonplace before central air conditioning became affordable and popular because bricks absorb and retain heat from the sun during the day, and release it at night after the sun goes down. This means that homes which were constructed from brick and stone were cooler during the day, and warmer at night, simply by being built with the right materials.

Have you ever noticed that older homes and apartments all seem to have soaring ceilings? Many “character” buildings boast 10 and 12-foot ceilings, but these rooms weren’t designed specifically with aesthetics in mind: the tall ceilings provided relief from the hot summer air. Hot air rises, and so residents would leave the windows open to allow the air to blow in, and the hot air would rise to the top of the room, leaving the area closer to the floor slightly cooler and more bearable to sit in.

The windows in most modern homes are designed for aesthetic value, rather than serving a specific purpose, which is evident by their shape: older homes tended to have high, tall, and narrow windows, whereas the windows in most modern homes are short and stout. The reason that older homes used taller, narrower windows was to control the airflow throughout the home. These tall windows would be placed in strategic locations around the home to “cross-ventilate” or circulate the air throughout the home in a specific and directed fashion. This is how “shotgun houses” and “railroad apartments” stayed cool: the tall windows at either end of the long, narrow dwelling pushed air right through from one end to the other. Stay comfortable in your Dundalk, MD home by calling (443) 399-8663 for assistance from the professionals at Reliability Home.