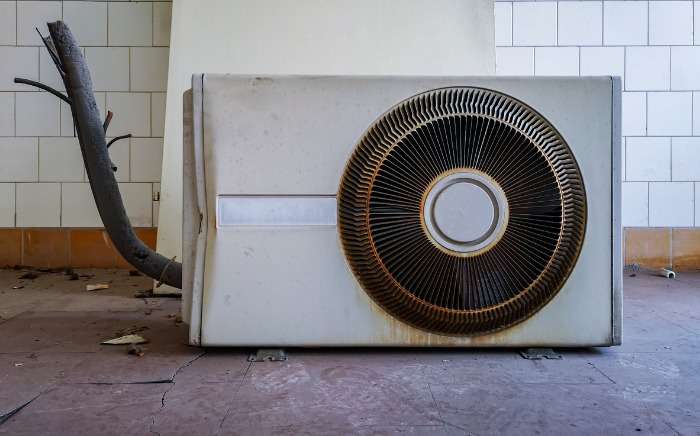 Your Dundalk home probably uses air conditioning every summer, but do you know the fascinating story behind this under-appreciated appliance?

As is sometimes the case with revolutionary inventions, the air conditioner was developed to address a specific problem that wasn’t related to air temperature at all. Below is the interesting story behind the invention of the first air conditioning system.

A Search for a Solution

When the Sackett-Wilhelms Lithographing and Publishing Company noticed that excessive moisture was affecting the quality of their finished product in 1902, they called on the Buffalo Forge Company to design a machine to lower the humidity in their factory. A young engineer named Willis Carrier, a native of New York State and a 1901 graduate of Cornell University, was put in charge of the project. Carrier’s resulting invention not only served to reduce the humidity in the air but the air’s temperature as well.

Originally patented as an “Apparatus for Treating Air,” Carrier’s first air conditioning unit consisted of a blower unit that moved air across a series of cooled metal coils. In 1904, the general public experienced their first taste of air conditioning when an early climate control system was used to cool an auditorium and other rooms at the St. Louis World’s Fair.

Although air conditioning units were far too large and expensive for use in private homes at this time, indoor climate control soon spread beyond the printing industry to other industries where temperature and humidity control are beneficial, such as textile manufacturing and food processing operations. Large public gathering places like movie theaters also used the new technology to draw in customers during the heat of summer.

Carrier’s work and experimentation with psychometrics, the technology upon which indoor climate control is based, led to the publication of a cutting-edge handbook on the subject in 1911 while he was still employed with the Buffalo Forge Company. Carrier later formed the Carrier Engineering Company with several other engineers in 1915.

The company established a manufacturing plant in Newark, New Jersey, in 1920 and went on to open affiliate plants around the United States. The original Carrier Company has merged several times over the years. However, even after more than a century, the name Carrier is still associated with the HVAC industry. Carrier Home Comfort was acquired by United Technologies Corporation in the 1970s and continues to lead the way in new climate control technology development into the twenty-first century.

Unclogging a sink is a job for the pros. Call Reliablility Home at (443) 399-8663 for plumbing service in your Dundalk, MD home!